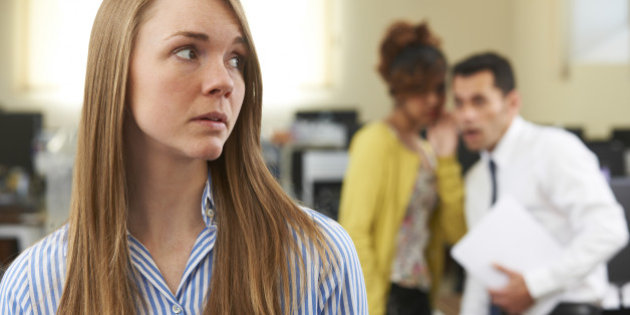 Could Gossip be one of the problems we encounter on the Internet?

Gossip which turns into cyberbullying is one of the biggest problems on the internet specially with children and teen agers.  Cyberbullying is the use of technology to harass, threaten, embarrass, or target another person. By definition, it occurs among young people. When an adult is involved, it may meet the definition of cyber-harassment or cyberstalking, a crime that can have legal consequences and involve jail time.

Sometimes cyberbullying can be easy to spot — for example, if your child shows you a text, tweet, or response to a status update on Facebook that is harsh, mean, or cruel. Other acts are less obvious, like impersonating a victim online or posting personal information, photos, or videos designed to hurt or embarrass another person. Some kids report that a fake account, webpage, or online persona has been created with the sole intention to harass and bully. No longer limited to schoolyards or street corners, modern-day bullying can happen at home as well as at school — essentially 24 hours a day. Picked-on kids can feel like they're getting blasted nonstop and that there is no escape. As long as kids have access to a phone, computer, or other device (including tablets), they are at risk.

Severe, long-term, or frequent cyberbullying can leave both victims and bullies at greater risk for anxiety, depression, and other stress-related disorders. In some rare but highly publicized cases, some kids have turned to suicide. Experts say that kids who are bullied — and the bullies themselves — are at a higher risk for suicidal thoughts, attempts, and completed suicides.

Cyberbullying can take place on social media sites such as Facebook, Myspace, and Twitter. "By 2008, 93% of young people between the ages of 12 and 17 were online. In fact, youth spend more time with media than any single other activity besides sleeping."[25] The last decade has witnessed a surge of cyberbullying, bullying that occurs through the use of electronic communication technologies, such as e-mail, instant messaging, social media, online gaming, or through digital messages or images sent to a cellular phone.[26]

There are many risks attached to social media sites, and cyberbullying is one of the larger risks. One million children were harassed, threatened or subjected to other forms of cyberbullying on Facebook during the past year,[when?]while 90 percent of social-media-using teens who have witnessed online cruelty say they have ignored mean behavior on social media, and 35 percent have done so frequently. 95 percent of social-media-using teens who have witnessed cruel behavior on social networking sites say they have seen others ignoring the mean behavior, and 55 percent have witnessed this frequently.

If you want to read more, go to the link below: